“DNA replication is the process in which the parent DNA molecule produces its identical copy during cell division” This is a necessary step because each newly formed cell has to receive a copy of DNA material so that parental characteristics may be transferred to successive generations. Summary of DNA replication notes is right below

There are three possible schemes of DNA replication.

“Replication scheme in which it is proposed that both DNA strands unwind and each individual strand acts as a template for the synthesis another complementary strand is called semiconservative replication. This is the most accepted scheme of DNA replication”

According to this scheme integrity of each strand is preserved but the hydrogen bonds between strands break allowing the two parent strands to be separate and take part in the formation to their respective complementary strands. When replication is over two daughter DNA molecules are formed which are identical to each other and are a photocopy of the parent DNA molecule. One strand in each daughter DNA molecule is intact template (parental) and other is an intact newly replicated DNA strand.

DNA is not living itself, nor it has conscious control over its multiplication within the cell. It can be replicated in a lab but within cell, it must have to receive messages from the cell in the form of various proteins which stimulates it to replicate itself. Replication of DNA occurs during the S phase of interphase and it further pushes the cell towards cell division (Mitotic phase). Dozens enzymes and cofactors, acting precisely in an accurate amount carry on very specific roles for initiating replication process.

2- How does DNA replication work?

3- What are the enzymes involved in DNA replication?

DNA replication is carried out by several enzymes listed below along with their role.

4- What is the trombone model of DNA replication?

During this type of DNA replication, the double-stranded DNA opens into a ‘leading’ and ‘lagging’ strand.  The leading strand is complemented by the usual base pairing. However, in the lagging strand, RNA  primers are attached to initiate joining pf complementary DNA deoxyribonucleotides in the 3′-5’direction hence form Okazaki fragments.  Later the RNA primers are replaced by DNA.

So, DNA replication occurs within a fork-like structure in which the lagging strand loops around in a proposed “trombone model” to orient the replication enzymes for repeated synthesis and joining. It is considered that this mechanism helps to maintain the integrity of DNA during the replication cycles.

5- What is the theta model of DNA replication?

The theta mode is adopted by the prokaryotes to replicate their DNA. Their circular DNA has only a single point of origin for replication, unlike the eukaryotic DNA which has multiple origin points to make the process faster.

The action of helicase enzyme literally unzips the strands of the parental DNA, by breaking the bonds. Then DNA polymerase enzyme comes into action and starts replication in the 5′ to 3′ direction. Once the replication is done, ligase enzyme joins the loose ends together and so, two daughter DNA strands are formed.

As during the action of the helicase enzyme, the circular DNA forms the Greek symbol ‘θ’ like structure, this model is named theta model of DNA replication.

6- What are the 4 steps of replication?

What is Difference Between Catabolism And Anabolism? 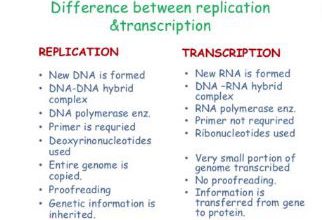 What is Difference Between Replication And Transcription? 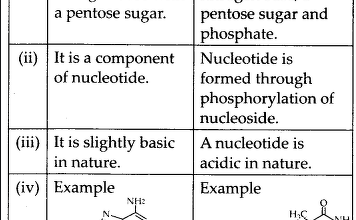 What is Difference between Nucleotide and Nucleoside? 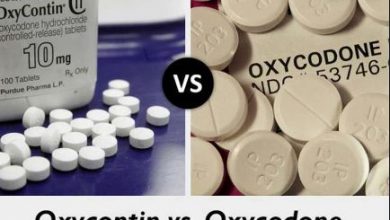 what is the difference between oxycodone and oxycontin?