Animal cells are those found in animals and plant cells are the ones we can find in plants and algae.

Both cells are classified as eukaryotes, as they have a defined nucleus where the genetic material is stored. In addition, they distinguish a plasma membrane, membranous organelles such as mitochondria and endoplasmic reticulum, cytoplasm and cytoskeleton.

The main difference between animal and plant cells is the presence of a cell wall and chloroplasts in the plant cell. The following table summarizes the differences between these cells:

What is an animal cell?

The animal cell is a eukaryotic cell characterized by the presence of a nucleus, plasma membrane, and cytoplasm. It differs from the plant cell by the absence of a cell wall and chloroplasts. In addition, smaller and more abundant vacuoles can be found compared to those of a plant cell.

Animal cells can take various forms. They are also able to capture and digest other structures.

Some of the most prominent animal cells are neurons of the nervous system, leukocytes of the immune system, ovules and sperm of the reproductive system.

Characteristics of the animal cell

The nutrition of animal cells is heterotrophic, which means that they need to obtain nutrients and energy from the organic material of other living things.

The mitochondria are responsible for generating energy in the animal cell, through the process of cellular respiration. In this process, ATP is produced from glucose.

Mitochondria are equivalent to the chloroplasts present in plant cells since both are responsible for producing energy.

The vacuoles resemble water sacks. In animal cells, they are usually very numerous and small. Its function is to store water, ions and intracellular wastes.

Cytokinesis is the division of the cytoplasm during cell division (mitosis or meiosis). In animal cells it is produced through an actin filament ring, which squeezes the plasma membrane in half, separating two new cells.

Animal cells have lysosomes, membranous organelles that are responsible for intracellular digestion. They also have centrosomes, which are cylindrical structures involved in animal cell division, that are not found in plant cells.

What is a plant cell?

The plant cell is a eukaryotic cell that is characterized by the presence of a cell wall that gives support and protection while allowing cell communication. This wall can be found in other types of eukaryotic cells.

Like the animal cell, it has a differentiated nucleus, membrane, and cytoplasm.

However, the plant cell contains unique parts that are responsible for the process of photosynthesis. Something fundamental, because it allows plants to release the oxygen that living things need to exist.

The nutrition of plant cells is autotrophic, so they are able to synthesize all the nutrients they need from inorganic material. That is, they are independent of other living things to obtain their nutrients.

The chloroplasts present in plant cells are responsible for carrying out the process of photosynthesis, where sunlight is used as a source of energy. This is possible with the help of chlorophyll, a substance present inside the chloroplasts that absorbs sunlight.

These chloroplasts are next to the membrane and measure approximately five micrometers.

The most prominent feature of plant cells is a cell wall that surrounds the plasma membrane. This wall is mainly composed of cellulose and can measure between 0.1 to 10 microns.

The cell wall gives protection, stability, and rigidity to the plant cell.

Plant cells have a single large vacuole that can cover up to 90% of the cell.

Its function is to store water and maintain the turgidity of the cell. When the vacuole is empty the plant withers and loses rigidity.

In the plant cells, after the division of the nucleus occurs, an accumulation of vesicles of the Golgi apparatus occurs. These vesicles fuse and give rise to a new cell wall between the two cells.

In the plant, cells are plasmodesmata, which are pores of the cell wall that allow the passage of molecules between plant cells.

Peroxisomes are organelles that are achieved only in plant cells. In these structures, lipids are stored and degraded, mainly in the germinating seeds. 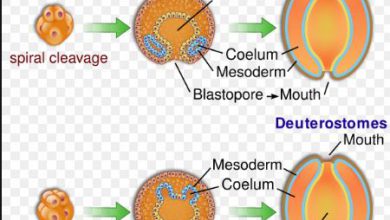 What is Difference Between Nucleus And Nucleoid?