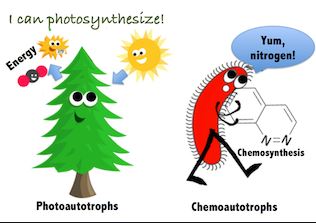 In this way, an autotrophic being is one who does not need other living beings to nourish himself but synthesizes from inorganic substances everything he needs for his metabolism. Put more simply: they are beings that make their own food.

There are two major autotrophic methods of nutrition: photosynthetic and chemosynthetic. The former take advantage of the water and energy of sunlight to break the molecule of carbon dioxide (CO 2 ) from the surrounding air and thus obtain energy. The latter, on the other hand, do so by oxidizing inorganic chemicals such as sulfur dioxide or various iron-rich compounds. The former is known as photolithographic beings and the latter as chemolithotrophic beings.

Obviously, the autotrophic beings represent the first step in the whole trophic cycles or food chains, since they constitute the producing link, that is, the one that takes the raw material directly from the environment. And they are the ones who provide organic matter to heterotrophic beings (be they herbivores, predators or even decomposers).