As a central part of the circulatory system, the heart is primarily responsible for pumping blood and distributing oxygen and food in the body this is the main Structure and Function of Heart. Due to this task, the heart can be considered one of the most important organs of the body, such that even small dysfunctions or abnormalities can cause drastic changes or effects on the human organism. 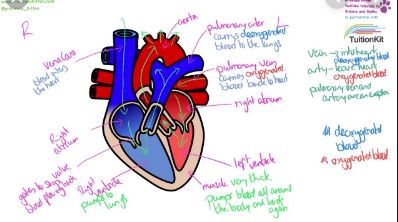 The heart is a muscle whose working mechanism is made possible by the many pieces that operate together. The organ is divided into several chambers that admit and distribute oxygen-poor or oxygen-rich blood. These chambers are accompanied by veins and arteries that facilitate the same function. With all its pieces that work together towards the same goal, the heart successfully pumps blood easily.

Normally, a well-functioning adult heart could go in three cardiac cycles or 72 beats per minute. This regimen changes for children whose heart rates are normally and relatively faster.

The heart can be found in the center of the chest, below the sternum in a thoracic division. It consists of four chambers and several valves that regulate the flow of normal blood inside the body.

On the other hand, the ventricles are chambers found in the lower part of the heart; They pump oxygen-enriched blood into all body organs, reaching even the smallest cells. Similar to the atria, the ventricular chambers are also separated by the valves. Collectively-called semilunar valves, these are comprised of the pulmonary and aortic valve.

The structure of the heart becomes more complex due to the mechanisms that allow blood to be distributed in the body and return to the heart. Facilitating this continuous process is two types of blood vessels: veins and arteries.

Working in the left ventricle, the largest artery is called aorta. The aorta is considered a main artery in the body. Part farther into two smaller arteries called the common iliac arteries.

With the regular operation, the heart can continuously supply enough oxygen to all parts of the body.

The heart is the main organ in the circulatory system, the structure primarily responsible for delivering blood circulation and food transport in all parts of the body. This continuous task elevates the role of the heart as a vital organ whose normal operation is constantly required.

The blood-pumping cycle of the heart, called the cardiac cycle, ensures that the blood is distributed in the body. The process of oxygen distribution begins when oxygen-free blood enters the heart through the right atrium, enters the right ventricle, enters the lungs for oxygen replacement and low carbon dioxide, and transfers into the left chambers, ready for redistribution. About 5.6 liters of blood circulates the body and three cardiac cycles are finished per minute.

The functioning of the heart could now be easily monitored when any cardiovascular problem or disorder is suspected. For example, a regularly abnormal heartbeat or beats per minute is characteristic of heart-related disease. This is because a heartbeat is a manifestation of the oxygen-recharge process in the heart that is made up of two phases. Structure and Function of Heart

Systole is a short period that occurs when the tricuspid and mitral valves close; diastole is a relatively long period in which the aortic and pulmonary valves close. The systole-diastole loop is the reference in measuring blood pressure. Other physical ways to determine the regular functioning of the heart are with the pulse test (beats per minute). An adult’s normal heart rate is at 72 shakes per minute, while children normally perform higher heart rates. Structure and Function of Heart