What are the biotic factors?

The biotic factors are all those that have life, that is, that are contemplated in one of the realms of life, and whose interactions point to the survival and reproduction of their species. They usually refer to what is contemplated in the flora and fauna of a given environment. 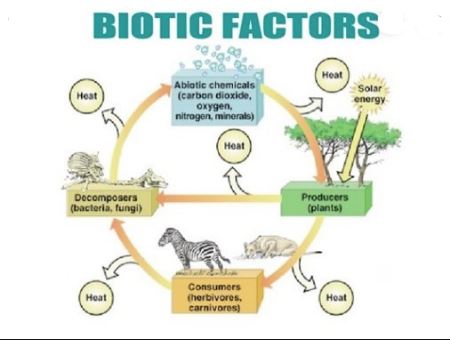 Biotic factors are commonly organized in populations, that is, sets of living beings of the same type that share a specific habitat, or in trophic (food) chains between species, to the extent that living beings compete with each other for food and depend on each other at the same time.

They differ from the abiotic factors in that they are not related to life, but to the surrounding matter and its chemical, climatic, physical processes, etc. Non-organic type.

Biotic factors are classified based on the role they occupy in their ecosystems, and which can be essentially three:

Some examples of biotic factors can be:

However, both types of factors are strongly linked, since the state of one reflects on that of the other. The chemical composition of the soil, to cite an example, will directly affect its fertility and therefore the ability to sustain plant life, which will, in turn, sustain consumers and detritophages; but the existence of these life forms will eventually add layers of organic matter to the soil, keeping it fertile and rich in nutrients that will, in turn, fix its chemical composition.