Difference Between Self Pollination and Cross-Pollination is that In the cross-pollination process, pollen is transferred from one plant to another by a pollinator, such as an insect, or by the wind. In self-pollination, the stamen of the plant sheds pollen directly on its own stigma.

Most plants use cross-pollination. Those who use insects as pollinators tend to have brightly colored flowers and an attractive aroma. Those that are pollinated by the wind have long stamens and pistils with small petals or without petals.

Examples of plants that use wind for cross-pollination include herbs, catkins, dandelions, maples, and goat beards.

Examples of self-polluting plants include wheat, barley, oats, rice, tomatoes, potatoes, apricots, and peaches. Many plants that are able to self-pollinate can also cross-pollinate.

Cross-pollination is advantageous because it allows diversity in the species since the genetic information of different plants is combined. However, it depends on the existence of pollinators that will travel from one plant to another.

Self-pollination leads to a more uniform progeny, which means that the species is, for example, less generally resistant to disease. However, it does not need to waste energy to attract pollinators and can spread beyond areas where suitable pollinators can be found.

Self-pollination is the process in which the transfer of pollen from the same plant to the stigma of a similar plant takes place. This type of pollination is considered responsible for the uniform progeny in plants and also produces pure lines without variations. Since the anther pollen (male part of the plant) has to fall on the stigma surface of a similar plant, it does not require any external agent or external effort, they throw the pollen on its stigma surface.

This pollination process can even occur in the case of the closed flower of the plants, and the plant that performs the fertilization through this process becomes homozygous.

However, plants produced by self-pollination retain highly useful characters, at the same time, it lacks variability and has less adaptability in changing environments. Plants that use self-pollination have opaque flowers compared to flowers of plants that cross-pollinate.

Cross-pollination is the process by which the transfer of pollen to the stigma of a flower of a different plant of the same species or of different species takes place.

This type of pollination is a complex process, which leads to the formation of a new variety of brightly colored plants and flowers with an attractive aroma. In addition to the attractive features, they show better adaptability in modified environments, and that is why most plants prefer the cross-pollination process. Two main sources of cross-pollination are wind or insects.

Plants that carry the wind pollination process generally have long stamens and pistils with small petals; Dandelions are the example of such pollination. As mentioned earlier, through the cross-pollination process new varieties of plants with different characteristics than their parents are produced. 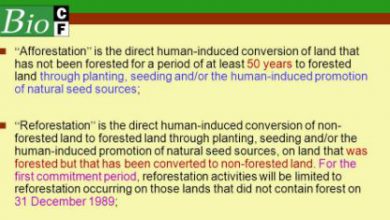 What Difference Between Afforestation And Deforestation? 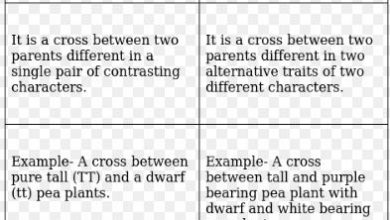 What is Difference Between Monohybrid And Dihybrid? 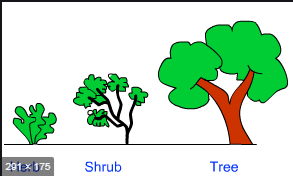 What is Difference Between Herbs And Shrubs? 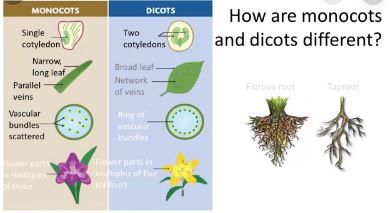 What is difference between monocot and dicot?