Cheese is the oldest form of milk storage. The extraction of part of the water contained in milk during the manufacture of cheese gives a more concentrated and easier to preserve product than fermented milk.

There are more than 2,000 varieties of cheese in the world, but which derive from only twenty types. These correspond to variants of a common general procedure.

The characteristics of the milk used, the technical methods of preparation and the types of micro-organisms involved in the process are all determining factors that modify the texture, consistency, flavor, and aroma of cheese.
Lactic acid bacteria play a fundamental role in the production of cheeses. However, unlike the case of fermented milk, the coagulation of milk is generally ensured by the proteolytic activity of rennet, an enzymatic extract of calf stomach (abomasum).
Rennet contains an enzyme, chymosin, which specifically attacks milk casein (a family of related phosphoproteins). After the milk coagulates, part of the aqueous phase, called whey is eliminated by more or less pronounced drainage. (” Whey is the liquid remaining after milk has been curdled and strained”)
Cutting, heating, and pressing are various ways to speed up this draining.
The resulting concentrated coagulated milk, called curd, is relatively tasteless, grainy and crumbly. It is during the maturation period or ripening, that the cheese acquires its particular organoleptic appearance and qualities.

They form the dominant flora and derive their main origin from the culture added at the start of manufacturing.
Lactic acid bacteria perform two essential functions:
• Lower pH by producing lactic acid at the expense of milk lactose
• Contribute to the organoleptic character of cheeses during ripening.

Homofermentative lactic acid bacteria are the most important.

Bacteria belonging to the genus Propionibacterium play an important role in the ripening of cooked cheese of the Gruyère type. They are responsible for propionic fermentation, which is to say the transformation of lactic acid into propionic acid, acetic acid, and C02.
Propionic acid and acetic acid are responsible for the particular flavor of these cheeses, while the CO2 released causes the appearance of openings or “holes” in the dough.

Several species of yeast are present in raw milk but they are destroyed during pasteurization. The yeasts found in industrial cheeses, therefore, come essentially from contamination by the atmosphere and cheese-making equipment, and sometimes by voluntary surface seeding. They multiply in abundance on the surface of the cheese from the start of the ripening period (the growth is quite weak in the dough).
The genera most frequently encountered are Kluyveromyces, Debaryomyces, Pichia, Saccharomyces, Torulopsis, Candida and Rhodo-torula.

Role of yeasts in cheese ripening

Micrococci and coryneform bacteria (Corynebacterium, Brevibacterium, Microbacterium, Arthrobacter), mostly from the brine or salt used in cheese factories, develop on the surface of cheeses during ripening. Most are able to attack the amino acids that result from the proteolysis of the curd, which can cause ammonia release. As their optimum pH is around 7.5, their development is dependent on the rise in pH during the ripening of the cheese. These bacteria play a considerable role in the development of the flavor of certain cheeses, particularly those with a washed or brushed rind.
Their colonies are often pigmented in yellow or red. The most important, Brevibacterium linens, is also called red bacteria because it colors the rind of certain cheeses (Port-Salut, Munster …).

Mold plays an essential role during the ripening of several kinds of cheese. Selected strains of the genus Penicillium develop by forming a mycelial felting on the surface of cheeses with a bloomy rind (brie, camembert) or in the internal cavities of blue-veined cheeses (Roquefort, blue). They consume lactic acid and reduce the acidity of the dough even more effectively than yeasts. They produce significant quantities of proteolytic and lipolytic enzymes and play a decisive role in the flavor of these cheeses as well as in the softening of the dough.
Another mold, Geotrichum candidum, appears on the rind of certain cheeses during ripening, particularly those with a washed rind, and plays roles similar to Penicillium.
Too much development is however unfavorable (liquefaction of the dough under the crust, the appearance of a sticky layer on the surface, excessive production of ammonia …).

What is The Difference Between DNA and RNA? 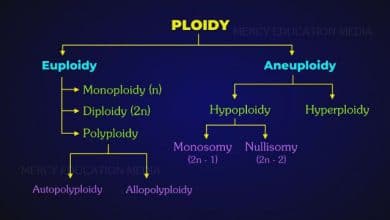 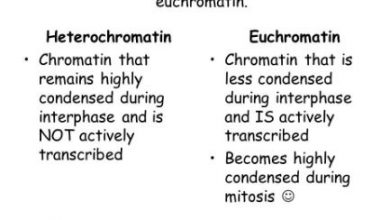