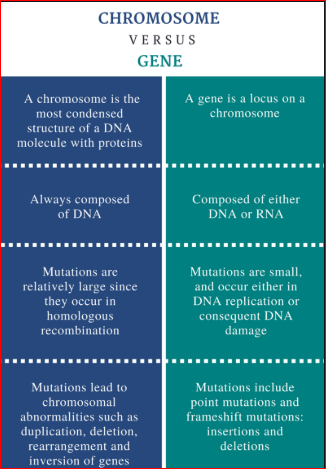 What about the x chromosome, mutations, alleles, and non-coding genes? If you’re not sure, you’re probably thinking that the genes and chromosomes are similar enough. So what is the difference? The smallest parts of our body that are vastly different.

The cells and the DNA chain

First let’s talk about the human building blocks, the cells (taken from the Latin word cells which mean “small room”). The human body has billions of cells that are small factories that provide a structure. The cell has several compartments, each of which is responsible for its own task. One of the compartments (also called an organelle) is the nucleus that contains all the human genetic material or the DNA (short for deoxyribonucleic acid).

The molecular structure of DNA is made up of two interlocking strands or propellers that resemble a spiral staircase. Instead of stairs, the two propellers are held together by molecular bonds. Each strand has a spine called that is made up of sugars and phosphates.  This skeleton binds to one of the four nitrogenous bases, adenine, guanine, thymine and cytosine.

These nitrogenous bases bind to other nitrogenous bases (through hydrogen bonds) that are part of another chain with the same sugar and phosphate skeleton. This union occurs in a specific way: guanine always pairs with cytosine and vice versa, while thymine always binds to adenine. The two strands curl into each other. They can be unscrewed and separated as part of a complex and elegant replication process.

In addition, replication depends largely on the order of the nitrogen bases, since they form the genetic code. This alphabet consists of four letters, namely adenine (A), guanine (G), thymine (T) and cytosine (C).  Three of these nitrogen bases form what are called codons that are combinations of letters. Each codon encodes a specific amino acid and an amino acid sequence gives rise to a protein. To back up a bit, a gene is a nucleotide sequence along the DNA chain. Then, in other words, genes are stored within the DNA chain, and these genes give rise to proteins.

But let’s return to the twist of the double helix. It has a very special role. At this point, you are probably wondering how it is humanly possible to store the entire human genome in a sub-compartment of the human cell, the nucleus. One word: twist. And then two more words: tight twisting. This is also known as super-rolled, which is an extremely tight twist. Then, you can know that chromosomes are chains of DNA that are really twisted to the point that they are very coiled. This is the only way all the DNA information will fit into a nucleus.

In other words, it all starts at the stage of the levels of A, T, C, G that form the DNA chain. This strand is wrapped around other proteins, also called tone proteins, and they form a complex called the nucleus. The sequence of the nucleosomes is then coiled more into something called a solenoid, which is just before the entire structure coils a little more in the chromosomal structure.

Genes and chromosomes are not the same

Each nucleus of each human cell contains 46 chromosomes or a set of 22 autosomes (non-sex hormones) and a sex chromosome, known as the x chromosome. Then, all together, 23 pairs of chromosomes. One pair is inherited from males (the father) and the other from females (the mother). Because each chromosome is a very long chain of super-coiled DNA that contains the genetic material or genes, the chromosomes are very compact gene chains. And here is exactly where they are different.

But there is another layer of information. A chromosome has two sister chromatids. Each chromatid sister is inherited by the mother and father. That is the reason why each chromosome is X-shaped. The two sister chromatids are joined in the center. So, you already have a better idea of ​​the differences between chromosomes and genes. In addition, you also understand that the two are not the same and that there are great differences between such small things within the deepest compartments of our bodies. Difference between Gene and Chromosome