RNA (Ribonucleic acid) is a single strand molecule, synthesized in the nucleus. Basic nucleotide units called ribonucleotide, make the structure of RNA. Each ribonucleotide is further made up of the ribose sugar, nitrogen base, and phosphate group. Several ribonucleotides link to form polynucleotide chain of RNA. Purine nitrogen basses present in RNA are adenine and Guanine while pyrimidine nitrogen bases are cytosine and URACIL. RNA acts as an intermediate molecule in the information transfer process (Central Dogma) from DNA to protein. MAjor roles played by all RNA types is cellular protein synthesis. Complete notes about the Definition, Structure, Function & Synthesis of RNA in the cell is here right below.

RNA Synthesis and its location in the cell

In one such experiment, scientists injected radioactive inorganic phosphate in liver tissues of an animal. In the next step, removing and fractionation of liver tissues into mitochondria, nucleus, microsomes, and cell sap, showed that the maximum radioactivity was present in the nucleus. But with the passage of time radioactivity declined in the nuclear region increased in the cytoplasmic region. This proves the initial incorporation of a radioactive isotope in nuclear RNA and then the movement of this RNA in the cytoplasm, where it increased radioactivity.

In another experiment, an autoradiographic technique applied to oocyte cell proved that the nuclear RNA becomes radioactive more quickly than cytoplasmic RNA.

The chemical and structural difference of RNA from DNA

RNA is different from DNA in the following aspects.

Three types of RNA are presents in all types of cells. Their chains originate as complimentary copies of one of the two strands of DNA. So we can say that the nucleotide sequence in the RNA chain is complementary to the DNA nucleotide sequence. Since uracil replaces thymine in RNA, so uracil is complementary to adenine in the transcription process. Size of RNA molecule its sedimentation behavior and genetic information characterizes its type. Overall three main types of are there i.e Ribosomal RNA, Messenger RNA, and Transfer RNA.

It is largest of RNA molecule consisting of a linear chain of thousands of nucleotides. It is almost 80% of the total RNA in the cell. The linear chain of this RNA has specific regions in which base pairing results in the formation of loops that hangs on either

side of the chain. After its preparation inside the nucleus, it comes out and forms the major component of a ribosome.

It is linear chain RNA about the length of 75 to 3000 nucleotides, produced in the nucleus during transcription and carry information from genes of DNA to the ribosome for the synthesis of specific proteins. It attaches with ribosome during translation and synthesizes a new protein according to codon sequence in DNA. Hence, it carries DNA instructions for specific protein formation from the nucleus and moves to the cytoplasm, where it transfers this information to the ribosome. Because of its ability to transfer DNA’s message to ribosomes, it is called mRNA.

Transfer RNA formerly called as sRNA, for soluble RNA,  is the smallest of all  RNA types, consisting of 75 to 90 nucleotides. Its function is to carry specific amino acids to ribosomal for the synthesis of a specific protein. Each organism synthesizes a number of different tRNAs, each in multiple copies. One tRNA carries only one specific amino acid. There are at least 20 different types of tRNA in each cell for binding and transferring amino acids to the ribosome.

A Cloverleaf model of tRNA

Detailed work is done on the secondary structure of tRNA as compared to the other types of RNAs. All tRNAs have a two-dimensional cloverleaf model because it can be folded into the base paired structure like a cloverleaf. Precise base pairing arrangement between different parts of RNA strand results in twisting and formation of double Helix followed by several loops. But when a molecule is flattened out it has a cloverleaf shape. The major components of the cloverleaf model of tRNA are following.

a) The acceptor arm or stem

It is the site at which an amino acid is attached during protein synthesis i.e it accepts an amino acid. The acceptor’s arm consists of seven base pairs joined in series between nucleotides at 5’ to 3’ ends of tRNA molecule.

b) The D arm or stem

It is formed by three to four base pairs and has an unusual pyrimidine dihydrouracil.

c) The Anticodon Arm or stem

d) The Extra/Optional or Variable Arm

Mostly it has 3-5 nucleotides, but in some cases, it may become larger and consists of 13-21 nucleotides with up to five base pairs in the stem.

e) The T arm or stem

It has five base pairs in its composition and is named after the nucleotide sequence T.

The function of transfer RNA

Each tRNA molecule binds with one specific amino acid by a covalent bond and then recognize and attach with codon specifying that amino acid. In this way, the tRNA molecule helps the cell to translate instructions of DNA into a particular protein by providing amino acids at the ribosome, the protein factory.

During 1974 some scientists were able to crystallize tRNA and performed x-ray crystallography. The proposed three-dimensional structure of tRNA. This model describes that the tRNA molecule has a L- shape structure. At one end of the L is the anticodon loop while at the other end are acceptor and T stems. T- and D- loops are present at the corner. Stem areas in different tRNAs are relatively constant, but loop areas differ greatly in different tRNAs. This variations in loops size provide specificity to individual tRNA species. It is also believed that particular loop shape is recognized by specific aminoacyl synthetase, an enzyme responsible for adding amino acids to tRNAs.

The working of three types of RNA for protein synthesis i.e. Central Dogma

Some RNA acts as enzymes for several reactions occurring within the cell. These are called ribozymes.  Like any other enzymes, these have an active site and binding site for substrate and cofactor attachment. These often splice introns present in the RNA molecule.

Micro RNA is small noncoding RNA which range in nucleotide from 18 to 24. These are involved in the promotion or inhibition of specific gene expression. Micro RNA forms base pairing with the complementary sequence of mRNA. In this way, it inhibits gene expression by cleavage of mRNA strand or destabilization of the messenger RNA or inhibiting mRNA translation into proteins. Micro RNA was first found in the nematode Caenorhabditis elegans. Now in humans, alone more than 700 miRNAs have been identified and the estimated number of miRNA genes in a humans genome may be more than one thousand. 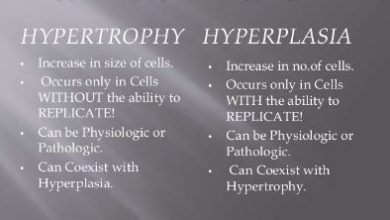 What is Difference Between Hypertrophy And Hyperplasia?

What is Difference Between Xylem And Phloem? 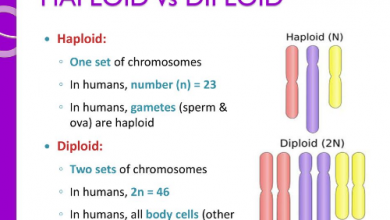 What is Difference Between Diploid and haploid cells? 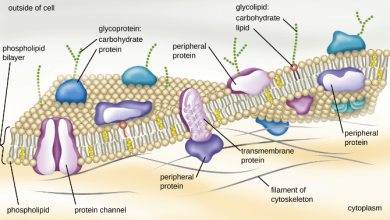