What is neuroendocrine cancer? 1

The nervous system, which consists of the brain, spinal cord, nerves, and other key receptors, regulates, and coordinates the activities of the body. The endocrine system helps regulate and maintain various bodily functions by producing and releasing hormones into the bloodstream.

The neuroendocrine system in the human body is a diffuse and complex system of cells with different hormones. These cells can transform from normal to malignant in many different places throughout the body. Because of this, tumors are sometimes difficult to diagnose. Like other cancers, they can metastasize (spread) to other parts of the body and are life-threatening. Neuroendocrine cancer is rarely genetically inherited, and the reason for its occurrence is not understood in most cases.

Many neuroendocrine tumors secrete excessive amounts of different hormones, which can cause a variety of symptoms. While some of the tumors are unique and start at a particular site in the body, others are not.

Because the types of tumors and symptoms vary widely, treatment is based on the type of cancer that our specialists identify after a comprehensive diagnostic test.

Bloodstream markers can be used to monitor response to treatment or progression in many neuroendocrine cancers. Markers commonly followed by our clinic include chromogranin A, serotonin, catecholamine, gastrin, glucagon, insulin, growth hormone, neuron-specific enolase, VIP, C-peptide, and pancreatic polypeptide.

The following are the main types of neuroendocrine tumors:

Neuroendocrine Tumors (NET) can be discovered for many different reasons because there is no single set of common symptoms. In its early stages, NET often causes no symptoms and can only be detected during x-ray or unrelated surgery for another condition. If a person with NET has symptoms, those symptoms may be associated with the size and/or location of the tumor or with the release of hormones, such as carcinoid syndrome.

Depending on the type of NET, a person may experience the following symptoms or signs related to the tumor: General symptoms of cancer include following

Some people also experience nutritional deficiencies before a diagnosis, such as protein and niacin deficiency. Others develop this symptom later.

If someone has a neuroendocrine tumor (NET), he/she may have questions about prognosis. A prognosis is the doctor’s best estimate of how cancer will affect someone and how they will respond to treatment. Prognosis and survival depend on many factors. Only a doctor familiar with the patient’s medical history, the type, stage, and characteristics of cancer, chosen treatments, and response to treatment can gather all of this information along with survival statistics to arrive at a prognosis.

A prognostic factor is an aspect of cancer or a personal characteristic (such as age) that the doctor will consider when making a prognosis. A predictive factor influences how cancer will respond to a certain treatment. Prognostic and predictive factors are often discussed together. Both play a role in deciding a treatment plan and prognosis.

The following are prognostic and predictive factors for NETs.

Stage
The stage of the NET is an important factor in determining the outcome. The stage includes the size of the tumor and the location of cancer in the body. Tumors found in the early stages when found have the most favorable prognosis. Tumors that are in later stages (have spread to nearby lymph nodes or other organs) have a less favorable prognosis.

Grade
The grade is a description of how fast NET cells grow. The degree can be determined by counting the cells that are dividing (called the mitotic count). But more often a test called the Ki-67 labeling index is used. It measures the number of cells with Ki-67 antigen in the nucleus. This is a marker that shows the increase in the number of cells due to cell growth and division. NETs with a low Ki-67 index have a more favorable prognosis and longer survival than those with a high Ki-67 index.

CgA and hormone levels
CgA (chromogranin A) and hormones are substances that can be measured to help diagnose NETs and monitor the response to treatment. People with high levels of CgA in the blood or 5-HIAA in the urine have a poorer prognosis compared to people with normal levels.

Even when any symptoms of NET are controlled, the increase in hormone levels means that cancer continues to grow (progress). For example, high levels of 5-HIAA in the urine mean there is too much serotonin and this can cause heart problems (called carcinoid heart disease). People with carcinoid heart disease have a less favorable prognosis.

Some neuroendocrine tumors grow very slowly. Others are aggressive cancers that invade and destroy normal body tissue or spread (metastasize) to other parts of the body.

Risk factor’s
The risk of neuroendocrine tumors is higher in people who inherit genetic syndromes that increase the risk of cancer. Examples include: 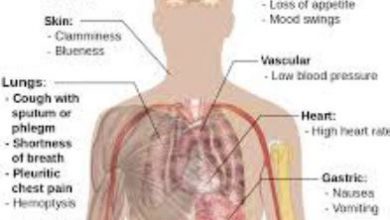 What is the Difference Between Hypothermia and Pneumonia?

What is the difference between vitamin D2 and D3? 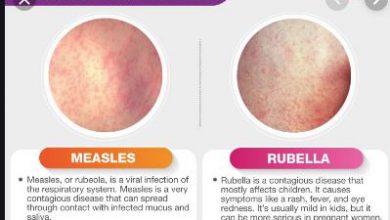 What is Difference Between Measles And Rubella? 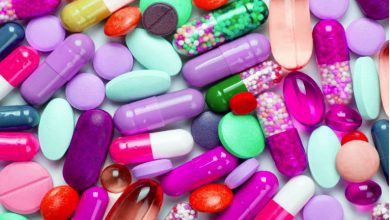 What is Difference Between Antiseptic And Antibiotic?