Speaking of Muslims, it should not necessarily always be a speech relating to calls for moderation and the principles of tolerance or peace, as we have been used to in the last period.

From mathematics to philosophy, passing through medicine or even sociology, the history of the Muslim world is full of great scholars and other thinkers who have revolutionized their disciplines, and the course of humanity. Islam is not opposed to science. It is a religion that rests mainly on thought, meditation, research and above all on submission to the divine will.

This dossier is, therefore, a sort of reminder of the scientific contributions of Muslim scholars and thinkers. It is true that these discoveries and inventions date from distant times, but they remain at the origin of certain innovations used until today.

If today’s Muslims are unjustly put in the same basket, joined to terrorist barbarism, source of worry and insecurity, the following lines remind them of the glory and ingenuity of their ancestors and open your eyes to the detractors of Islam.

Although the blood circulation was first studied by Greek doctors, who said blood moves from the right ventricle to the left of the heart through invisible passages of the septum, however, Ibn al-Nafis, an Islamic Syrian doctor showed that the theory was incorrect and accurately predicted that blood travels from right to left ventricle through the lungs, where the lungs purify the blood so that the human body can survive. His work did not receive much attention until the twentieth century.

A Muslim surgeon named Al Zahrawi put the world in contact with surgery, therefore, also known as the father of surgery, invented hundreds of surgical instruments in which few of them are widely used today, that is, scissors precision, needles, bone saws, etc. He is also the author of one of Kitab Al Tasrif’s most influential medical books, which includes the treatment of more than one hundred deaths and various methods of surgery.

Muslims contributed extensively in medicine. The vaccination process was also first introduced by Muslim scientists for the treatment of smallpox in Turkey, then it was introduced in Europe by Turkey. Muslims also introduced the initial process of using plants as medicine to cure diseases. A very notable scientist Ibn Sina author of the book “Al Qanun Fil Tibb” contributed greatly in the field of medicine, which described several pharmacological methods and hundreds of drugs. In addition, the mercuric chloride used to heal wounds was also invented by Muslims.

An exceptional Arab scientist named Ibn Al Haytham who contributed frequently in mathematics, astronomy, and physics, but his most influential work was done in the field of optics. Not only did he show that the rays of light enter our eyes instead of leaving them, but he also invented the first pinhole camera, after one day he contemplated the rays of light emitted from the hole in his window, he concluded that The smaller the hole, the sharper the rays become and implements this technique to invent your first camera. Therefore, we should thank Haytham for making it possible for us to capture our memorable moments.

The first submarine called “tahtelbahir” was invented by the Ottoman Muslim architect Ibrahim Efendi. Later, an Ottoman writer, Humayun, compared this submarine with a crocodile and wrote that, as a crocodile machine submerged in the sea and the crew inside could breathe under the sea through pipes, he also wrote that after remaining Underwater for half an hour it emerged Back with five people coming out of the mouth of this submarine.

The last prophet of Allah and one of the most influential personalities in Islamic history Muhammad ﷺ gave a supreme meaning to cleanliness. He said: “Cleanliness is half of faith.” He was the first to use the branch of the Meswak tree as a toothbrush to clean his teeth and freshen his breath; The toothbrush was invented by him. Meswak is very effective in fighting plaque and bacterial infections. Using it may seem dated, but Muslims still use their twigs because of the benefits of their extracts. According to a study conducted in 2007, Meswak extracts are 20 times more effective than common mint, therefore, even in modern toothpaste, substances from miswak trees are commonly used.

7- coffee by an Arab man Khalid

Muslims first introduced coffee in the ninth century, when an Arab man Khalid observed that his goats began to look more alive after eating some type of berries. He boiled those berries and made a drink that became popular as Qehwa, in the early days many Sufis and religious used to drink it occasionally to stay awake and make their payments late at night. Later the coffee arrived in Mecca and Turkey, the first cafeteria was built in London also by a Muslim Turk.

In the ninth century, a Muslim scientist named Ali Ibn Nafi moved from Iraq to Cordoba, where he introduced the first 3-course meal system in which soup was served before meat or vegetables and in the end fruits and nuts were served, this liquid food was made by boiling vegetables, meats and using various spices, therefore, due to its tooth quality, it won great admiration.

Since the time of the perfume Muhammad (P.B.U.H) was used before the prayers, it was known as attar in Arabic, which was made of natural scented plants and oils. Attar is still widely used by Muslims. In addition, two of the Arab chemists Jabir ibn Hayan developed the refinements of the methods that helped in the manufacture of perfumes, however, Al Kindi combined several plants and herbs to produce different aromas.

The idea of ​​hospitals first arose in the Muslim world, when the Prophet ﷺ began services for sick people in his mosque. Later, during the reign of Harun Al Rashid in Baghdad, the first official Hospital was built following the footsteps of the Prophet where, where free health services were provided to sick and injured people. He quickly gained a lot of fame and many of the hospitals began to build worldwide.

With his invention of the first plane and glass, Ibn Firnas was also the first Muslim scientist to invent the planetarium, the modern planetariums in the form of a large dome where the solar system scene seems more realistic emerged from the idea of ​​Firnas, had a planetarium in his house from where you could see stars, moons, celestial bodies, meteorites and rays, several special personalities such as kings and scientists used to visit and admire him for his exceptional work.

Although ancient Europe had gardens for growing herbs and plants, in the eleventh century the Arabs invented the first ornamental gardens and portrayed them as a place of beauty and comfort. Europeans saw the first royal garden in Spain and began to build it. Muslims mainly used tulips and carnation plants to decorate their gardens.

Islam gave great importance to the search for education, many of the small schools and educational centers were built from the early Muslim history. However, in the ninth century, a princess named Fatima al-Fihri in Morocco established the first academy, which was named al-Qarawiyyin University, focused mainly on the education of girls, education was provided free of charge and many of the International students also joined this university for the sake of education.

Here is the portrait of a constellation of early Muslim scholars.

Contrary to what is accepted, experimental medicine was born in the land of Islam. Al-Razi, recognized for his scientific talents and the thoroughness of his observations, was one of the pioneers of experimental medicine. Unlike the practices then used which neglected preventive medicine. Renowned for his kindness and his great humanism, this “doctor Mamour” of ancient times understood long before others that good morale is a half won battle against the disease.

If scientific literature attributes Leonardo Da Vinci the authorship of the glider and the propeller, we forget that he was inspired by the work of Abbas Qasim Ibn Firnas. The latter, who was born in 810 in the province of Malaga, on Muslim soil, was the first to undertake the crazy project of flying in the air like a bird. Dressed in a coat decorated with feathers, he sprang from the top of a minaret hoping to hover, without much success. But nothing scares him.

In 880 and at 70, he tried the experiment again, using wings made from wood and covered with feathers. Once equipped, he launched himself from the top of a tower, managed to hover a little, and ended up crashing. Result of the races: two broken ribs, but a promising experience. This is how the first glider in the history of mankind was created.

The house of wisdom, Baghdad

Al-Khwarizmi was a researcher at the House of Wisdom in Baghdad. This group was interested in reconstructing again to the brilliant work of the ancient Greeks, which had been lost and almost forgotten for centuries. In addition to translating classical Greek texts, they have published their own research on algebra, geometry, and astronomy.

The scientists not only produced academic work. They tried to solve the problems of the day in relation to judgments, commerce, measurement, and inheritance.

The algebra presented in the book “Hisab Al-jabr w’al-muqabala” used words for the variables, so it was not as practical as the algebra we use today.

“Al-jabr” means “completion” and “al-muqabala” means “balance.” Its objective was to solve linear or quadratic equations by eliminating negatives using an equilibrium process on both sides of an equation. It is the same as we do in algebra today.

Born in 721, the so-called Geber in the West, brought chemistry from an occult art to a scientific discipline. Translated into Latin, his treatises were for a long time the reference for European alchemists. It precedes the precepts of modern chemistry by almost ten centuries: the French chemist Joseph Louis Proust and his laws of proportions are the most notorious example. He is also credited with the invention of several laboratory tools used until today such as the still which allows distillation.

Want to study the contribution of Muslim scientists in the field of biology? please click 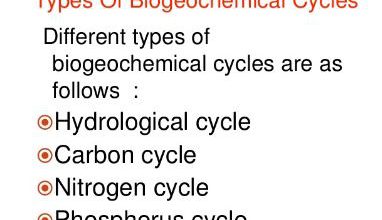 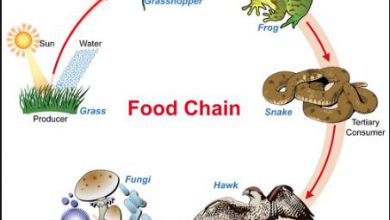 Contribution of famous Muslim scientists in the field of Biology 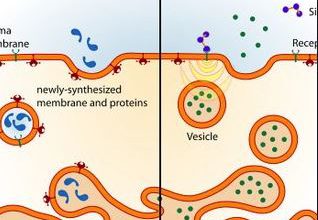 What is Difference Between Endocytosis and exocytosis?