This post includes the definition and structure of virus in detail. Now, first of all, we define virus………………..    “The virus is a submicroscopic extremely complex infectious agent, that is nonliving molecules, that can grow and reproduce only in living cells” Typically a layer of protein around a core of genetic material of  RNA or DNA is present in the virus structure. It does not have any semipermeable membranes, and cause several important diseases in humans, animals, and plants.

They are most notorious because of their pathogenic nature. When we discuss viruses,  Ebola outbreak in West Africa (2014), and the 2009 H1N1/swine flu pandemic likely comes in our mind. More recently coronavirus respiratory disease pandemic (COVID-19) in 2020 has caused a great threat all over the world economy. But viruses are research tools also, for further understanding of the basic cellular processes such as the mechanics of protein synthesis, and of viruses themselves.

The following three basic components are included in the virus structure. The first two are present in all types of viruses. But the last one viral envelope is present mainly in the animal virus structure.

All the intact virus is called a virion. Detail of these components is right below.

The genome of some RNA viruses is segmented, which means that a virus particle contains several different RNA molecules, like different chromosomes.

Protein capsid is an essential component of virus structure. Viral genomes are surrounded by shells of proteins known as capsids. An interesting question is how the capsid proteins recognize viral RNA or DNA, but not cellular DNA. The answer is that there is often some kind of “packaging” signal (sequence) in the viral genome that the capsid proteins recognize. A capsid is composed of repetitive structural subunits that are arranged in one of two symmetrical structures, a helix or an icosahedron.  These “subunits”  may consist of a single polypeptide, in simplest cases. However, in many cases, these structural subunits (also called protomers) are made up of various polypeptides. The detail of helical and icosahedral virus structures is described below.

1) Helical capsids: The first and best example studied is the plant tobacco mosaic virus (TMV), which contains a single-stranded RNA genome and a protein coat made up of a single 17.5 kd protein. This protein is arranged in a helix around the viral RNA, with 3 nucleotides of RNA fitting into a groove in each subunit. The helical capsids can also be more complex as they involve more than one protein subunit.

A Helix can be defined by two parameters, its diameter, and pitch. This structure is very stable and can be easily disassociated and re-associated by changing the ionic strength, pH, temperature, etc. The interactions that hold these molecules together are not covalent and involve H bonds, salt bridges, hydrophobic interactions, and Vander Waals forces.

2) Icosahedral capsids: In these structures, the subunits are arranged in the form of a hollow, quasi-spherical structure, with the genome inside. An icosahedron is defined as consisting of 20 equilateral triangular faces arranged around the surface of a sphere. They exhibit 2-3-5 symmetry.

These corners are also called vertices, and each icosahedron has 12.

Since proteins are not equilateral triangles, each side of an icosahedron contains more than one protein subunit. The simplest icosahedron is made using 3 identical subunits to form each face, so the minimum number of subunits is 60 (20 x 3). Remember that each of these subunits could be a single protein or, more likely, a complex of multiple polypeptides.

Many viruses have a genome too large to be packaged within an icosahedron made up of only 60 polypeptides (or even 60 subunits), making them even more complicated. But in these, the total number of subunits is always a multiple of 60.

Apparent clusters or “Lumps” are often seen on the surface of the particle, when viral nucleocapsids are viewed under the electron microscope, These are generally protein subunits grouped around an axis of symmetry and have been called “morphological units” or capsomeres”

In some animal viruses, the nucleocapsid is surrounded by a membrane, also called an envelope. This envelope is made up of a lipid bilayer and is made up of lipids from host cells. It also contains virus-encoded proteins, often glycoproteins that are transmembrane proteins. These viral proteins serve many purposes, such as binding to receptors in the host cell, playing a role in membrane fusion and cell entry, etc. They can also form channels on the viral membrane.

Many enveloped viruses also contain matrix proteins, which are internal proteins that bind the nucleocapsid to the envelope. They are very abundant (that is, many copies per virion) and are generally not glycosylated. Some virions also contain other non-structural proteins that are used in the viral life cycle. Examples of this are replicases, transcription factors, etc. These nonstructural proteins are present in low amounts in the virion.

Enveloped viruses are formed by budding through cell membranes, usually the plasma membrane, but sometimes an internal membrane such as ER, Golgi, or nucleus. In these cases, the assembly of viral components (genome, capsid, matrix) occurs on the inner side of the membrane, the envelope glycoproteins clump together in that region of the membrane, and the virus breaks out. This ability to bud allows the virus to leave the host cell without lysing or killing the host. Conversely, unenveloped viruses and some enveloped viruses kill the host cell to escape. 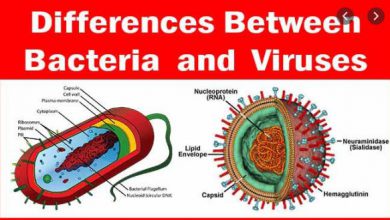 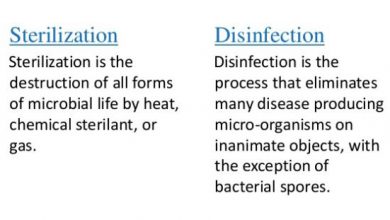 What is Malaria? Its Cause and Treatment 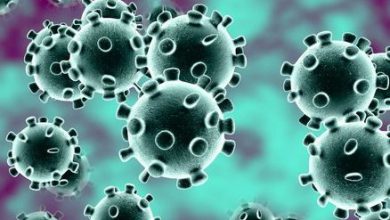