Respiratory System Organs And Functions: The respiratory system is responsible for ensuring the capture of oxygen from the environment and the release of carbon dioxide to the external environment. 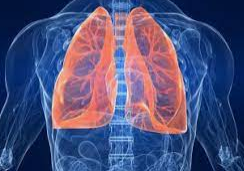 The respiratory system is the system responsible for ensuring the capture of oxygen from the environment and the release of carbon dioxide. In addition, this system is related to olfaction, that is, our ability to allow odors, and also related to speech, due to the presence of the so-called vocal folds in one of the organs of the respiratory system.

→ Organs of the respiratory system

Respiratory System Organs And Functions: The organs of the respiratory system are: nasal passages, pharynx (nasopharynx), larynx, trachea, bronchi, bronchioles, alveoli and lungs . Here’s a little more about each of these important bodies:

The lungs have their parenchyma formed mainly by alveoli.

→ How does the respiratory system work?

The respiratory system works by ensuring the entry and exit of air from our body . Air initially enters through the nasal passages where it is moistened, heated and filtered. It then proceeds to the pharynx, later to the larynx and trachea. The trachea branches into two bronchi giving access to the lungs. Air then travels from the bronchi to the bronchioles and finally reaches the pulmonary alveoli.

Gas exchange occurs in the alveoli, a process also called hematosis. The oxygen present in the air that reaches the alveoli dissolves in the layer that covers this structure and diffuses through the epithelium to the capillaries located around the alveoli. In the opposite direction, the diffusion of carbon dioxide occurs.

→ Control of breathing in humans

Respiratory System Organs And Functions: Humans have neurons in the medulla region that ensure the regulation of breathing . The medulla senses changes in the pH of the surrounding tissue fluid and triggers responses that warrant changes in respiratory rhythm.

When the levels of carbon dioxide increase in the blood and cerebrospinal fluid, there is a drop in pH. This is due to the fact that the carbon dioxide present in these places can react with water and trigger the formation of carbonic acid (H 2 CO 3 ). This can dissociate into bicarbonate ion (HCO 3 – ) and hydrogen ions (H + ). The increase in hydrogen ions causes the pH to drop.

The medulla then senses these changes, and signals are sent to the intercostal muscles and diaphragm to increase the intensity and rate of respiration. When the pH returns to normal, there is a reduction in respiratory rate and intensity.

It is worth noting that changes in the level of oxygen in the blood trigger few effects in the bulb. However, when levels are too low, the respiration rate increases.

Breathing is achieved thanks to the performance of two breathing movements: inspiration and expiration.

Respiratory movements ensure the entry and exit of air.