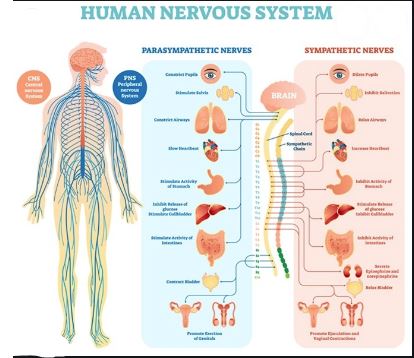 Together, the sympathetic and parasympathetic systems make up the autonomous system of the SNP. The other part of the SNP, the somatic system, controls all the voluntary muscles in your body. So when you decide to move a muscle, you are using the somatic part of your PNS.